If you’re thinking about having Botox, what you do before and afterwards can make a difference to your results.

I know this personally because, I stuffed mine up once! I had it done before I was going to a work event and nipped into the bathroom at the surgery to put on my eyebrows. For some reason, I managed to draw one of them on wrong – and then, rubbed my brow – hard. Cue, one eyebrow slightly higher than the other for the next 3 months.

NYNHB contains affiliate links. If you make a purchase from one of these links I earn a small commission at no cost to you. As an Amazon Associate I earn from qualifying purchases

So, there’s one thing you shouldn’t do after botox – and it’s recommended that exercise, including yoga, is another. But, why shouldn’t you work out after Botox – and how long do you need to rest for? We asked the experts…

Let’s start with the basics.

Botox is actually a brand name – other wrinkle freezing jabs are available and include products like Dysport and Myobloc.

The name is derived from the fact that these jabs are made from a purified form of botulinum toxin – the substance excreted by a certain type of bacteria that causes the illness botulism.

Ingesting botulinum toxin leads to some serious symptoms and, is potentially even fatal (it’s said that 50g of the stuff could kill everyone on the planet) – but, in the tiny, tiny, tiny (I am repeating it that many times for a reason – it’s minutely tiny) doses used in Botox injections, it’s not dangerous – but it does cause blocking of a neurotransmitter called acetylcholine that causes muscles to contract.

Without this around to tighten the muscles they relax – and this causes the lines and wrinkles normally caused by the contraction of the muscle to do the same thing. And for the next few months, everything looks much smoother.

Botox can’t work on every line. It will only cancel out those caused by tensing of the muscle – so that makes it particularly good for lines between the brows or the crow’s feet, but not so good at filling deep lines like those that run between the nose and mouth that occur more when fat and collagen decline.

Also, because paralysing the muscles interferes with the normal movement of the face, you also don’t want to use it anywhere you need to show expression – or, you at least need a gentle injector when you do.

Why Can’t You Exercise After Botox?

To be honest, some doctors aren’t sure that you can’t. ‘Although we say to most people to avoid exercise for 24 hours after receiving Botox, there is very little evidence that this actually affects things at all – it’s more just a precaution,’ says Dr David Jack, an Aesthetic Doctor in London’s Harley Street and founder of Dr David Jack skincare.

‘It won’t affect whether or not Botox ‘takes’ and it should not ‘slip’ or ‘move’ – where Botox is injected it will diffuse in the tissues within a matter of a few minutes so in reality the amount of time not to exercise is a largely arbitrary figure that isn’t based on any scientific findings.’

To be completely safe though, most experts do err on the side of caution and suggest you avoid exercise after Botox.

‘While historically we always said to please avoid exercise for a week after getting Botox, it’s actually less of a concern than it is for those having dermal fillers, where exercise can cause prolonged swelling,’ says Dr Sophie Shotter from Illuminate Skin and Wellness Clinics in Kent.

‘Today, therefore, I ask my patients to avoid exercise for the first 24 hours after Botox – particularly in the case of exercises that involve you lying on your front, or performing inversions. These could cause the product to migrate and could, therefore, cause unwanted side effects.

Also, anything that pushes your body temperature up will also increase your risk of developing a bruise, as the blood vessels dilate, so that’s another reason why you should abstain briefly.

In reality, the Botox does bind very quickly, so a week of abstaining is not needed. But I still ask patients to give a 24-hour window so we have a safety margin.’

Oh, and skip the pool too. While it might not cause the same rise in body temperature as strenuous exercise out of the water, you shouldn’t press on the face for at least four hours after Botox – and goggles and tight swimming hats might put pressure in places it doesn’t belong.

Can You Exercise Before Botox?

‘I would rather my patients got their workout done beforehand than do it afterwards,’ says Dr Shotter. ‘However, exercise does raise your blood pressure and causes facial redness, and this can increase your bruising risk.

Still, it shouldn’t be a problem provided you don’t go straight from intense sweaty workout to the aesthetic clinic. You would need to leave it at least one hour before arriving at your appointment.’

You might not want to cycle to the appointment though. Just as goggle are banned, pressure from tight bike helmets might press on the face which could possibly see things moving around on the way home.

The Exception to the Exercise Rule

While it’s not suggested that you move your body or press your face after Botox, moving your facial muscles is sometimes recommended as it seems, facial exercises after botox might help it work a bit faster.

Botox doesn’t show up immediately. It takes about a week or so to build up to its full effects which is why you should, ideally, have it done 2-3 weeks before any event you want to look line free for.

If however you are super impatient and want those lines gone NOW, a study from Northwestern University in the US found that gently moving the face in the hours after the treatment caused the Botox to kick in about a day earlier than not doing the exercises.

The moves were fairly simple – the doctors asked people to raise their eyebrows and knit their brows forty times. They repeated this three times in the four hours after treatment.

As I said, the study only showed a difference in a day as to when effects kicked in, but if you have left things to the last minute, it might be worth a try – but ask your doctor what movements might work best for where they place your jabs.

I first heard about this potential effect this when I wrote an earlier post on the rules on exercise after fillers. In this, London aesthetic specialist Dr Ifejome Ejikeme told me that because the body treats the ingredients in fillers the same as it does fat, excessive exercise can cause them to break down a bit faster.

Anecdotally (no studies have proven it yet but some doctors do report it), the same thing seems to happen to heavy exercisers who have Botox. While in general, the freezing effects of Botox should last 3-6 months, it might err towards the lower end of that range in the super fit.

So, at this point you might be asking if there’s anything you can do to extend the life of your Botox? And there is.

How to Make Botox Last Longer

A supplement called Zytaze seems to make Botox last longer. It’s a mix of zinc and phytase and in a small study by Baylor College of Medicine in Houston, it prolonged the life of Botox by about 30 per cent in 92 per cent of the patients studied.

It works because Botox needs zinc to work. Phytase helps stop zinc breaking down in the body. The combination seems to help Botox last longer.

In this study, zinc supplements alone didn’t seem to have the same effect (although two different types of zinc were used which might have confused things) – although I have seen some surgeons suggesting patients try them.

Many cosmetic doctors sell Zytaze. If yours doesn’t you can buy it online in the UK here. If you’re reading this from the US, you can buy it from the manufacturers Ocusoft here.

If you’d prefer to just give zinc a go, the dose in Zytase is 50mg of zinc citrate 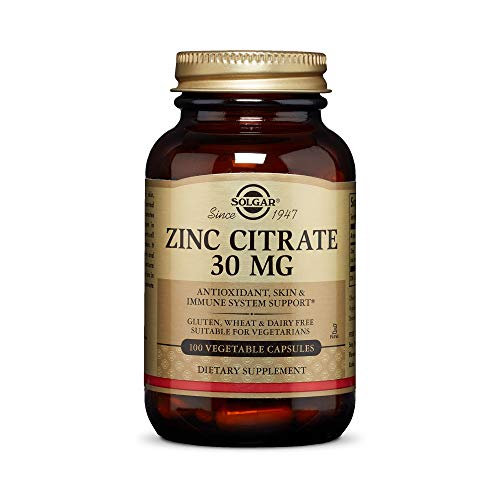 Good skincare will always enhance the work of injectables – and I’m a big fan of the work of Dr Nigma Talib on how to reverse ageing from within. You can find her book Reverse the Signs of Ageing: The revolutionary inside-out plan to glowing, youthful skin here.

You might also want to cut back on alcohol. Not only does drinking create free radicals that age skin, according to the theory of Chinese medicine, overloading the liver causes the lines between your brows to be more pronounced. I know when I take a break from alcohol for a month, I really notice a different here.

If that sounds like some form of torture, check out my Dry January Survival Guide that covers a whole load of tips on how to give up booze for a month without descending into misery.

Or, you could go straight to the book I wrote on that very subject! Quit Alcohol (for a month)

Anything Else You Shouldn’t do After Botox

‘Avoid saunas,’ says Dr Shotter. ‘They increase blood flow and your body temperature and therefore again increase your bruising risk. People used to worry about the heat denaturing the Botox, but in reality once it has been injected it very quickly binds and therefore shouldn’t be a problem.

Massages, where you lie face down, can also be an issue due to the risk of the product migrating from its injection sites if you have it too soon after your Botox treatment.

More of a concern for me is facial massage – many people like to either have these professionally or do them at home, but these could cause more complications as they can spread the product. I ask patients to wait a week before resuming facial massage.

I also ask them to be gentle and less vigorous with massaging n their cleanser and moisturiser for about a week after treatment.’

And, don’t rub your eyebrows before your doctor has even got their next patient comfy yet either!

Anything Else You Shouldn’t Do Before Botox?

‘Fish oils, Vitamin E, garlic and gingko can all increase your risk of bruising. Ideally stop these a week beforehand,’ says Dr Shotter.

Dr Jack agrees and adds that if it’s safe for you to do so, you should also avoid too much aspirin or NSAID medications, like ibuprofen for a week before your treatment.

So, there you have it. All the rules about exercising after Botox. Hope it helped clear everything up for you.

If you’re also a fan of other beauty treatments, you might want to take a look at our ‘When Can I’ category, which looks at the rules of exercising for procedures like microblading, microdermabrasion and microneedling. You’ll find all the posts here.

2 thoughts on “Exercise After Botox: All Your Questions Answered (by Doctors)”