A few weeks ago I published a video of me on Instagram running down the road with THE worst squeaky insoles in a pair of trainers ever. Honestly, they were driving me nuts, It’s here if you want to see it. A couple of days I walked into the gym making the same noise and seriously the whole room turned around. Enough was enough – it was time to find out how to stop my orthotics from squeaking. I got on the phone to podiatrist David Eardley from Peacocks Medical Group who make orthotics and asked his advice on how to stop my insoles from squeaking.

‘If your orthotics and your shoes fit well together this won’t happen and you won’t get ‘insoles squeak’,’ he told me. ‘But if there’s a gap at any point between the orthotic and the shoe the orthotic will move and that’s what causes squeaking.’ The good news there seemed to be lots of solutions that could help….

Simply sprinkling this inside the bottom of the shoe and placing the orthotic back on top can reduce the friction and stop the squeak. ‘It doesn’t always work though,’ says David. ‘And you do have to keep renewing it.’

If you want to try it though, Click to buy some talc now.. See you don’t even have to squeak your way to shops with this tip!

Orthotics squeak when they move around the shoe, so, if your trainer has removable insole, try taking that out (if you haven’t already) then place the orthotics back in. This can lower the orthotic in the shoe so it fits better making it more likely to stay still so you say goodbye to your squeaky insoles.

Because the problem is the orthotic moving in the shoe putting something in place to stop that movement can also help.

David suggests sticking a strip of velcro, or a similar type of sticky tape, furry side up on the base of your shoe, then sticking a second postage stamp sized piece on the base of the orthotic at the point you can feel the movement or gap.

If you’re lucky the two will stick and your squeak will stop.

If the squeak occurs at the heel, stick a square of moleskin on the bottom of your shoe. It cushions the orthotic and can stop the problem. You can buy moleskin in rolls and cut it to fit.

Cut it to the shape of your orthotic and put it under in your shoe. Pop the insole back on top and the friction should be reduced enough to stop your shoe inserts squeaking.

The five tips above can stop insoles from squeaking in most cases – but if they don’t work, you might have to try something a bit more complex.

Get the Orthotic Properly Fitted

If you’re getting new orthotics, then the absolute best solution is to send your shoe along to the orthotic manufacturer so they can fit the inner sole to your shoes as well as your foot. Sadly that one is too late for me, and possibly you but…

If you haven’t had your orthotics that long, then speak to the manufacturer as they might be able to thin the orthotic, usually done at the heel, to change its fit in the shoe and prevent the squeaking.

At this point I was inspired – I thought the moleskin trick sounded like my best solution and I was ready to go get some, but then as part of my day job I went to find out about a new treatment for arthritis called Apos therapy which uses specially crafted shoes to alter the way you walk reducing pain. And this brought me top No5

Buy a shoe designed to correct pronation, take out the stupid squeaky insoles and see what happens.

You see part of my visit to Apos involved having a gait analysis to see how I walked, I scored really well which surprised me and so we started discussing my pronation – at this point I happened to mention, ‘the squeak’. The physiotherapist took one look at my trainers and said ‘they are a shoe designed to correct your pronation, I actually don’t think you need your orthotics in them. Maybe a few years ago when trainers weren’t as good at correcting gait you did, but now, in this shoe, with your level of pronation, I don’t think you actually need the orthotics.’

That was about six weeks ago and that very night I took the orthotics out of my shoes.

I admit I was nervous. I can’t even remember why I got the orthotics in the first place but I know it was because something had started to hurt. My first run was fine, my second run was fine – and, while I’m by no means racking up the miles right now, the other runs have been fine too – so, hooray. I no longer squeak.

If you therefore want to attempt to remove your insoles altogether, you might want to consider buying a shoe that aims at keeping the foot more stable.

Some of the Best Shoes for Pronators include

The Salomon XR Mission which is particularly good for those with a lot of overpronation. 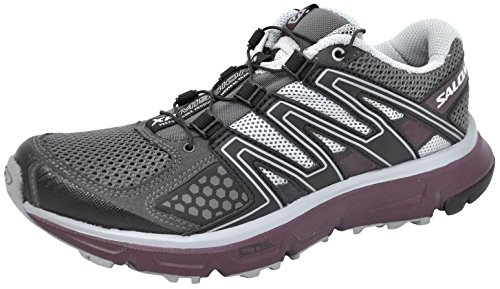 Asics have a couple of pronation shoes in their range including the GT Xuberance and the Kayano. Check both of these out here.

Another suggested model is the Mizuno Wave Paradox which offer a lot of support and stability. 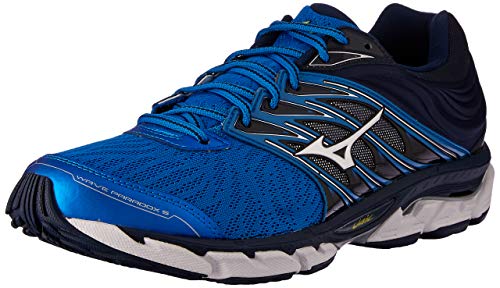 I can’t remember what my New Balance model was but one model that comes out really well in reviews for pronators is the New Balance 940v3.

Oh and while we’re on the subject of all things insole related. While I might have divested myself of my trainer boost, I’ve had to add some added support to my daily walking plimsols.

I’m still trying to rack up 10,000 steps a day on top of my normal exercise and I admit it’s taking it’s a toll on my feet a little bit. When I walk in my shiny new black plimsols I’m definitely feeling twinges that signify the return of my old friend plantar fasciitis.

This condition happens when the thick pad of tissue that runs along the bottom of the foot gets inflamed and it’s very, very painful – and wearing insoles that support the arch of the foot can help. Knowing I’d had problems, the team behind some insoles called Sole Footbeds sent me some to try.

These insoles use the heat generated as you walk to mould the inner sole to the base of your feet and give your arches some extra support. It’s early days, but so far, so good and I’m not getting so many twinges.

You can also use them in running shoes so if you’re having foot woes they might be a good in-between solution between getting customised orthotics and nothing. As an added bonus, they don’t seem to make any sound either

Footbeds aren’t the only ready-made orthotic-type insoles out there. There are lots of different types of pre-made orthotics aiming to provide support for running or reduce risk of plantar fasciitis. Check out this selection here if you’re looking to buy a new pair. I’m also a fan of the Powerstep insoles.

If this post helped give you some ideas of how to stop your orthotics squeaking, why not share it on pinterest so other folks with squeaky insoles can find it too.