What is Powdered Peanut Butter?

It’s basically, very finely crushed peanuts. The idea is simple: they roast peanuts and then crush them (a lot) to remove the oils turning it into a powder. Some brands then add a little salt and sugar but that’s all that’s in it.

You then add some kind of liquid – I used water but you could use milk, juice, some people even use jam (?) to reconstitute it and voila, peanut butter but with less fat and fewer calories than the normal version.

The Benefits of Powdered Peanut Butter

Did you see the lowered fat and calories fact above?

I love peanut butter, but I can easily down 300+ calories of it in a day as I wander past the jar on the way to the kettle, toilet, local shops. This therefore had a few benefits…

1) Obviously, each spoonful has less fat and calories. In fact, 2 tablespoons of PB2, the original brand of powdered peanut butter has just 60 calories – the same amount of traditional peanut butter contains 186. If you pick a brand that doesn’t use any sugar (see the recommendations below, that goes even lower)

This means my (and your) ‘past the jar flybys’ would do a third of the calorific damage if I used powdered peanut butter.

2) However, if I didn’t make up a huge batch of the mix, I wouldn’t be able to wander past the jar and just dip in thereby saving me all the calories!

I’d have to mix it up when I wanted to use it (and guess what? I wouldn’t be faffed to do that just have a teaspoon worth). This would mean I would only actually consume it as a proper snack, say, spread on top of an apple – ergo, cutting the calories down even further.

3) It makes it easier to add to things like smoothies and yoghurt. I love peanut butter on yoghurt, but end up with a big dollop of the stuff sitting in the middle of the yoghurt – this allows me to make peanut butter flavoured yoghurt easily.

Making the butter is ridiculously easy – they say to use 1 tbsp of water for every 2tbsp of peanut butter powder.

I didn’t bother measuring. I just put a tbsp of powder in a cup and added water teaspoon by teaspoon until I got to the consistency that looked right.

In terms of taste, it’s pretty good – like unsalted peanut butter. I certainly wouldn’t be able to tell if someone served me this over any other variety of smooth PB.

And therein lies the main problem of powdered peanut butter for me. I like my peanut butter crunchy so this just didn’t cut it in the tasty stakes for me.

There is, however, potentially another issue…

The Downside of Powdered Peanut Butter

Yes, peanut butter contains calories, yes, it contains fat – but the fat in peanut butter is mostly healthy unsaturated fat which is something you don’t want to cut out of your diet.

Unsaturated fats in nuts have been linked to better heart health,  they actually lower cholesterol levels.

Fat also helps fill you up – and while you’ll still  get fibre from the nuts in the blend, removing that fat will make it less satiating – so you could find yourself eating more than normal.

On top of this, in the brand I tried (which when I first wrote this back in 2014 was the only brand) there is added sugar and salt – while cheaper peanut butters are also packed with both of these things,  healthier ‘pure’ brands like Meridien don’t add sugar (and, even though they can be pricey, you can also make your own peanut butter really easily).

That seems to me you’re replacing good stuff with less than good stuff for the sake of cutting calories – which doesn’t always make sense.

Admittedly, now I update this in 2020 you can also find no-sugar or stevia-sweetened versions of powdered peanut butter as well.

I admit it’s a great idea and it tastes good (if you’re a smooth peanut butter fan) and if you’re seriously watching the fat grams and calories on a whatever diet plan you follow – and love peanut butter – it’s a product sent by the angels from heaven.

Because I like crunchy peanut butter though, personally, I’ll stick to the real stuff and just try and use willpower! Ha ha ha ha ha ha – fat chance! No pun intended).

Can You Cook With It?

Yes, it works well in sauces or, you can sprinkle on a little of the neat powder as a topping where you would normally use peanuts to add a little flavour like Pad Thai. If you’re baking with it, substitute a 1/3rd of the flour with the peanut butter powder.

Where to Buy Powdered Peanut Butter

As I said, when I first wrote this review, the only brand of powdered peanut butter out there was PB2 and it was imported to the UK from the US so there was one shop where you could buy it online – now the market has exploded and there are lots of different varieties out there.

This was the brand I tried – and the original.

It contains 60 calories. 90mg of sodium and 1g of added sugar per 2 tbsp serving in their original product. Click here to order it.

They also do organic and flavoured versions – and a powdered almond butter. 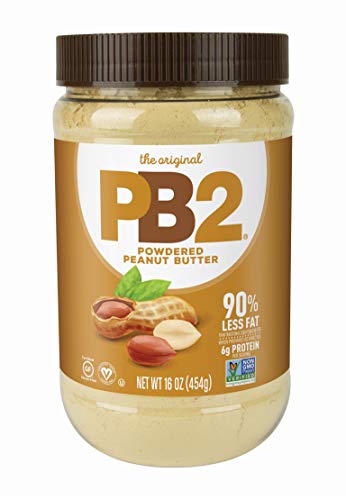 It also has no sodium – it literally contains pressed organic peanuts. Click here to see more about it. 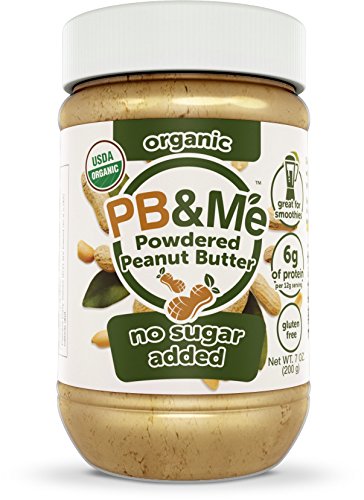 This scores really well in taste tests – but also comes in a huge tub, which may or may not be a good thing.

If you’re using for smoothies, then it may well be!

In terms of nutrition, it has 70 calories per 2 tbsp serving, 2g of added sugar and 140mg sodium – this is higher than the other brands and probably explains why people like it so much! 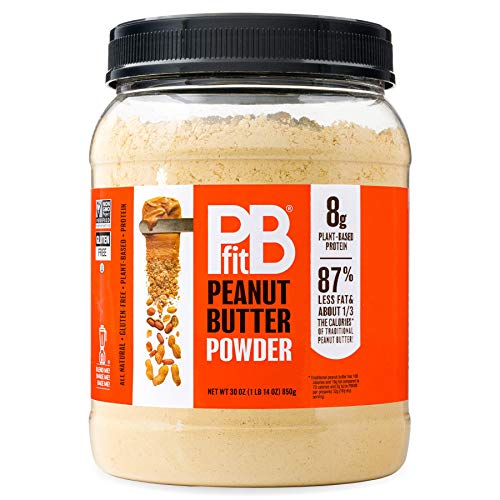 This is one of the cheaper powdered peanut butters, but it still gets rave reviews for taste. 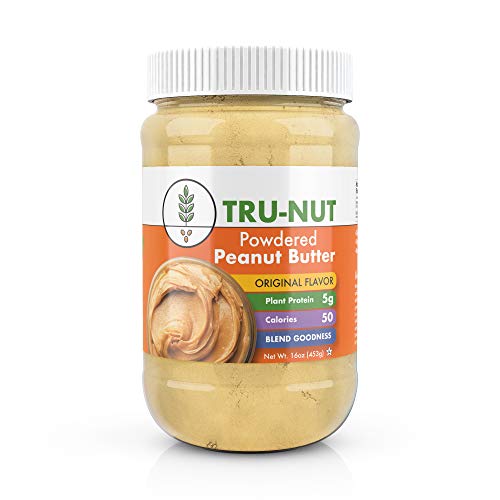 3 thoughts on “Powdered Peanut Butter: Is it Actually Better For You? We Found Out”