I’m not a big fan of smoothies or juices. I like the idea of getting all those fresh foods in a glass (well in the case of smoothies at least, juices aren’t so healthy as they remove the fibre) but I find they don’t fill me up. I do like protein shakes – good ones are like drinking healthy ice cream and, because of the protein, they are generally very filling – but, some shakes aren’t exactly as pure as their fitnessy-image might suggest – so when I heard about Purition shakes, a powder that aims to span the gap between the two I was intrigued. Cue a few months of giving them a try and my Purition review. The shakes are part of a new breed of nutrition – meal replacement shakes made from actual whole food.

In the list of Purition ingredients, for example, you find finely ground nuts, chia seeds, coconut and real fruit mixed with whey powder and all turned into a powdery blend. You mix them up with milk in a blender and consume them instead of a breakfast.

That’s right, the idea is that you actually replace a meal with them unlike protein shakes that are usually used before or after exercise to help maximise results, or, as a small snack.

I first encountered them when I wrote about them in a piece for Red magazine (you can see the whole article here) and have been happily starting my day with one virtually ever since.

Here’s why I like them….
* They are an odd mix of creamy and chewy – which doesn’t make it feel too much like having a liquid meal.
* They do keep you full until lunch – especially if you let them sit for a few minutes so the chia seeds expand.
* They don’t have that chemically taste you get from some protein shakes. Even the chocolate one. My fave flavour is the Coconut.

How Many Calories Are in a Purition Shake?

They aren’t super low calorie – but as the idea is that you use them to replace a meal, rather than something like an Innocent Smoothie which you’d have alongside food.

They contain around 315 calories per 250ml glass including the milk.

Does that mean you can use Purition for Weight Loss – yes, so long as you account for the calories in them. But the formulation might make that a bit easier anyway.

You see, while there aren’t any magic weight loss ingredients in the shake claiming to rev up metabolism or anything, but if you swap from a sugary breakfast cereal for breakfast to any meal containing protein and fats you’ll start the day with more balanced blood sugar which can help reduce blood sugar balance, hunger pangs and energy in the hours that follow. That could naturally see you cutting back on what you eat at your next meal.

Do They Have Sugar in Them?

The amount of sugar in some smoothies and protein shakes is quite shocking but Purition doesn’t add any extra sugar – or artificial sweeteners.

They do use a little stevia, but that’s one of the healthier sweeteners so we’ll go with that. The 40g serving of the strawberry shake has just 1.1g of sugar in it – mostly from the fruit.

Well, if you’re used to making juices or smoothies, you’ll be used to washing out a blender daily.

If you do not rinse the blender pot and glass before you put them in the dishwasher. Leftover chia seeds and very hot water make for an interesting combination on the bottom otherwise.

Oh and if you don’t want to wash a huge blender just for one shake, I’d strongly suggest getting a mini-blender. They make it much easier to just quickly whip up a shake.

The Breville Blend Active also comes with bottles you can seal up to drink your shake on the go. Click here to check it out. 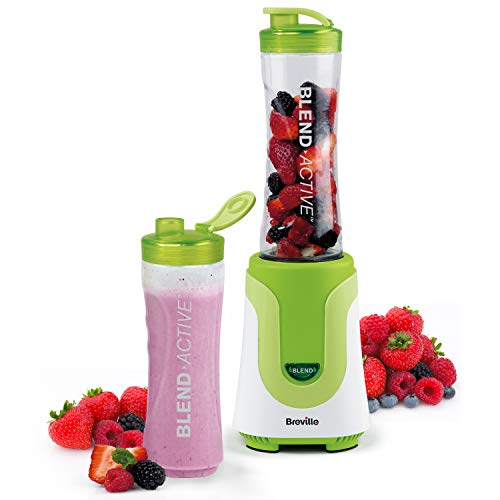 You can’t use them on The High Fat Diet: How to lose 10 lb in 14 days plan that I do, because that’s very limited as to the foods you can consume, but for general keto plans where all you’re trying to do is keep net carbs at around 20-50g a day, you can fit a Purition shake into your plan no problem.

Because they use stevia as a sweetener and still contain plenty of fibre, Purition protein shakes include around 2-4g net carbs per serving.

The original product range wasn’t, but they do now offer a dedicated vegan range.

They’ve replaced the whey protein with a protein blend mixing up yellow pea, brown rice and hemp seed protein to ensure that everything in the shake is plant-based.

Click here to check out the Purition Vegan Trial Box

Where to Buy Purition

Or they have a store on amazon if you want to get them delivered to your door. Click here to go to the Purition page.

If you want to give them a try but aren’t sure which flavour is for you, one nice touch is that they do a really handy sample back which gives you a chance to try six of their flavours without making a big commitment.

Click here to check out the Purition Original Trial Box 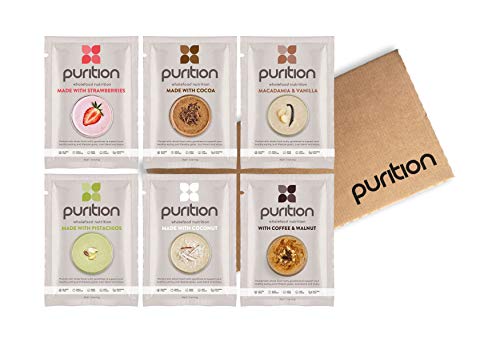 3 thoughts on “Purition Shakes Review: Are They Healthy? Are They Tasty? Should You Try Them?”