If you’re on Slimming World chances are you’ve seen the word Quark more than once on your plan. It’s also big on Weight Watchers and the team over at Pinch of Nom are also big fans – but, as it’s not a food you see that often on menus, or that you might have used growing up, you’re possibly wondering what’s quark? Is quark healthy? What are you supposed to do with it? Why do so many weight loss plans love it? We’re going to answer those questions – and more starting with the big one…

While it might sound like the noise a posh duck makes, Quark is traditionally pronounced kvarg, and it’s basically, a dairy product that’s very big in Scandinavia, Germany and Eastern Europe and is now becoming more popular elsewhere.

Traditionally it’s made by heating soured milk until lots of boring technical sounding stuff happens to the proteins to make it curdle. It’s then strained and traditionally this leaves a curdy cheese-like product – which is why you some times see it sold under the name of Quark cheese… but it’s not, like Edam or Brie.

This leads it being described by some companies as a ‘spoonable soft cheese.’

But it’s also been described as like a smooth version of cottage cheese, a sour version of fromage frais, a less-sour yoghurt or a tart marscapone.

Yes, there’s a lot of comparisons when it comes to Quark, but that also gives you a clue as to why it’s so versatile – you can’t quite pigeonhole it.

Is it sweet? Is savoury? Do you cook with it or eat it cold? It is for main courses, desserts or cakes – the answer, as you’ll see a bit further down this post, is potentially all of the above.

I admit, the descriptions above made it sound a little like what would happen if you bred yoghurt and Philadelphia, but do not let this fool you, Quark doesn’t taste cheesy at all – in fact, the closest thing I can come up with is that it’s like the base of a cheesecake if it didn’t have any sugar in it!

It’s almost mousse-like in texture and not quite sweet, not quite savoury.

Yes. It’s a very natural product with few ingredients and additives.
When it comes to the nutritional information for Quark, things get tricky – each brand has a slightly different profile depending on how it’s made.

I’ll, therefore, quote the book I use for such things The Calorie, Carb and Fat Bible 2020 which tells me there is 66 calories in 100g of quark.

That’s about the same calories as a fat-free fromage frais or a 2% fat Greek Yogurt – Quark is higher in the protein and lower in fat. Hence why Slimming World and Weight Watchers, love it.

But as I say brands vary A LOT so if you are watching calories or fat, read things carefully or pick brands that are low-fat or fat-free. You can buy flavoured quark but this can have sugar in it, so again, read the labels.

Quark gets another gold health star because is a fermented-food which means it also contains healthy bacteria that helps the gut thrive. A healthy balance of gut bacteria is also been linked to a reduced risk of many modern diseases.

In terms of nutrients, it’s not surprising, considering it’s a dairy food, that Quark is a good source of calcium. It also contains small amounts of magnesium, zinc and thiamine.

Not completely. It’s made from milk after all.

However, because it is fermented, and fermentation reduces lactose levels, it does contain lower amounts of lactose than plain milk so, you may be able to have a small amount without setting off symptoms.

This is also backed up by the fact that the team at Monash University allow small quantities of Quark on the FODMAP free diet which severely limits high lactose foods. They suggest sticking to no more than 2tbsp per serving on a low-FODMAP diet.

Oh, and if you’re not sure what FODMAPs are, check out the book The Complete Low-FODMAP Diet: The revolutionary plan for managing symptoms in IBS, Crohn’s disease, coeliac disease and other digestive disorders which explains it all – but basically, if you think your stomach gets upset by what you eat, FODMAPs may be the reason

Is Quark Suitable for Vegetarians?

Traditionally quark is made without rennet so the answer to this should be yes – but I have seen some quark products with rennet in so, again, read labels carefully.

Obviously, as it’s made from milk quark is not suitable for vegans.

What Do You Do With Quark?

Quark is often suggested as a lower-fat ingredient to use in baking and cooking which, as someone who tries to spend as little time in the kitchen as possible made me think it wasn’t something I needed in my life. Shows what I know!

It’s one of the most versatile things I’ve had in my fridge for ages as you can swap it for all sorts of other higher-calorie or higher-fat dairy products.

Here’s what I used it for in the last week or so….
• Mixed with prawns instead of mayonnaise in a sandwich (not bad, not Hellman’s, but not bad). It also works well on top of smoked salmon to help cut through the oil a little.
• I made a Carbonara-style sauce with it, an egg and some Parmesan for a fraction of the calories (I also added sundried tomatoes instead of bacon and it was amazing)
• It replaced sour cream in my chicken fajitas (Excellent – it would also work well mashed with avocado to liven up guacamole). It also works well on top of jacket potatoes.
• It makes a great base for a dip. Try it with mint and cucumber for a tzatziki style taste or, go for the classic kiwi dip and mix it with some Maggi onion soup mix! It could also replace the yogurt in this fantastic sundried tomato dip recipe from the Hemsley sisters.
• I even had it mixed into my Chia Pod porridge for breakfast. When I reviewed these I thought this was the most ‘meh’ of their new products? This transforms it turns into something really swirly, creamy – and addictive.
• Traditionally Quark is used as a topping for toast or bread with fruit or jam. It’s also a good topping for pancakes – in fact, anywhere you’d use yoghurt or fromage frais you can also use Quark.

I have found different brands have slightly different tastes – some are more tart, others are bland and creamy so if you do decide to start using Quark regularly, shop around the brands to see which one works best for how you want to use it – you can also find flavoured Quark out there – just watch the sugar as this often has some added.

If you’re looking for specific Quark recipes, the team over at the BBC have a few, mostly sweet ones.

You’ll find a bigger selection in this book of Quark recipes – the reviews say that a lot of them are fairly simple, but to be honest, I don’t think that’s a bad thing in a recipe. Click the picture to head to amazon and 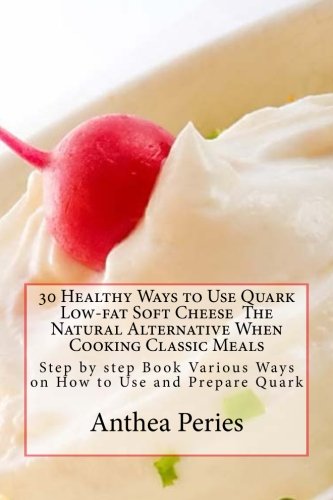 To get prove that point here’s my

Because this uses a raw egg, you shouldn’t try it if you’re pregnant, immunocompromised or cooking for someone elderly.

The more quark you add the creamier it gets, but, it will also go cold faster.

You can also make this non-veggie by adding in some chopped bacon or other types of ham as well, or instead of the sundried tomatoes. I was just having a veggie day when I made it.

It also works really well with spinach. Oh and I’m a lazy madam so I don’t bother cooking the mushroom, but you might want to.

Where to Buy Quark

You’ll find Quark in health food stores and major supermarkets. It’s normally in the yoghurt aisle, but I have seen it in Australia alongside the cheese. 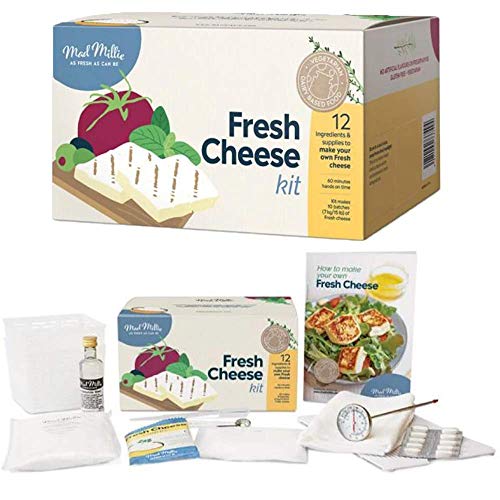 If you trying new foods -or other new ideas, you might like some of the other posts in our ‘what the heck is’ section that explores some of the more unusual foods or health trends we’ve found.