If like me, you normally eat your porridge/oatmeal with a bit of fruit on top, maybe some honey, yoghurt or maple syrup if you’re feeling particularly excited, then I have news. We’ve been missing out. The hottest trend in porridge (yes, there are porridge trends) is to top your oaty concoction with savoury goodies – to make savoury porridge.

Smoked salmon, mushrooms and cheese (yum), even jalapenos are creeping onto people’s breakfast tables – and it recently got A-list approval when actress Cameron Diaz started discussing her fave breakfast in her new book The Body Book

– who of course, calls it savoury oatmeal, not porridge!

“In the mornings when I make oatmeal, instead of eating it with something sweet, I make a yummy concoction of sautéed zucchini with collard greens, caramelized shallots, and egg whites. I top it all off with ponzu sauce (a Japanese sauce made from rice vinegar and citrus) or some lemon juice.” she said.

At this point, I decided I had to try it.

It’s taken me a couple of weeks as Ponzu sauce, isn’t exactly on the High Street (and when I asked for it in my local Asian supermarket the owner had to google it). I eventually ordered mine from the Japan Centre). But other than that it was super simple – and I’m particularly challenged in the culinary skills department.

Now, I didn’t have Diaz’s exact recipe – or a zucchini/courgette, or, any collard greens, and I refuse to waste a perfectly good egg yolk, so I adapted a little. Here’s what I did…

Half the white part of a leek

1) Put porridge in the microwave – yes I know it’s better made fresh, but seriously, I didn’t have time.

2) Saute leeks and kale in water for about 3-4 minutes.

3) Add the egg to the leek and kale mix and stir until cooked through. Add a dash of ponzu sauce at the end.

5) Add another dash of ponzu for luck

The verdict: Actually it was pretty good – I really wasn’t sure the two were going to mix, but they did.

My only criticism was that the saltiness of the ponzu made the porridge taste quite bland and I wanted to add salt to it – not healthy.

To be honest, I could eat double the quantities of the egg, kale and leek thing and eat that on its own as a breakfast – it was really, really good.

However, the combo as it stood was really filling – I normally have lunch dead on noon as I’m hungry by then but I wasn’t peckish at that point at all. I’m impressed. Well done Ms Diaz.

If you’re not keen on the above, or, loved it soo much you want to try some more savoury porridge ideas, here are nine more possible toppings to try.

I focused mostly on savoury breakfast oats ideas – ie things I think would work well in the morning – but there’s no reason why you can’t have a savoury oat dinner or oats for lunch – all of these recipes would work for any meal (and considering unprocessed oats are super healthy, there are no reasons why they should be left for breakfast).

Savoury Porridge with Egg and Mushrooms

Pan cook mushrooms – with spinach, kale or rocket if you want to up your greens – adding whatever flavourings float your morning boat (soy, garlic, butter). Top with a poached or fried egg.

Savoury Porridge with Salmon and Avocado

Use smoked salmon, sashimi-grade salmon or flaked, cooked salmon (you can cook this the night before and pop it in the fridge) and cubes of avocado. A squeeze of lemon – or that Ponzu sauce again – adds a bit extra.

I was discussing this post with my friend Lu and she told me that in Scotland, where her dad is from, savoury porridge is very much a thing – and their version, called Brose, is the simplest dish ever.

Put the oats in a bowl and add boiling water – leave to soak until they are al dente.  Add butter (or milk or cream), salt and pepper. Done.

There’s also a version where you soak the oats in whiskey which sounds rather appealing – but maybe not for breakfast!

I also found this dinner oatmeal recipe based on brose which adds mussels and other shellfish – yum.

I admit, there’s a lot of egg in these recipes – but that’s because, even though oats, particularly traditional steel-cut oats, are a low GI food and therefore turn to sugar slowly in the body, adding extra protein will slow things even further keeping you full until lunch – and eggs are a super healthy option.

This one is super simple – chop fresh tomato, green spring onions and mix together. Top with an egg – the below one is fried, but poached or boiled would work too and increase the healthy breakfast factor.

I’d never heard of this until someone suggested it in the comments below – but it sounds great.

Imagine Indian spices, veggies and oats all mixed together – it’s a bit more complicated than the other topping suggestions here so I’m going to send you to a recipe to get the full details.

It crosses the border a bit between sweet and savoury, but add some cubes of roasted butternut squash (or sweet potato) to the porridge – and top with a dab of sour cream. Spring onions add a little something extra.

Savoury Porridge with Egg and Avocado

Who needs your avo mashed on toast – simply slice it and add it to the top of your oatmeal instead!

This could also work well with feta or halloumi instead of egg – but I totally admit I needed a pretty picture and this was the best one I could find!.

What could be better than very, very crispy grilled bacon served on top of porridge – erm adding some grated cheese and spring onions and sticking it under the grill for a few minutes, that’s what.

At this point I would also be reaching for the hot sauce – or those jalapenos I mentioned at the beginning of this post!

If all of the above are just a bit too fiddly to think about first thing in the morning, we’ll finish with something super simple – make your oats as normal and then add a teaspoon of turmeric and a dab of black pepper (which increases turmeric absorption). You could also use this recipe as a base for any of the other ideas to give things a health kick – ginger also works well.

So, there you have it – a heap of suggestions for making savoury porridge – or savoury oatmeal if you prefer it that way! I’m hungry now.

And if you think this is adventurous – check out the idea for serving Weetabix in our post looking at whether Weetabix is healthy – we can’t decide if it’s amazing or, erm, awful!

Looking for even more porridge ideas – the following books might give you some ideas. Just click on the pictures to see more about them… 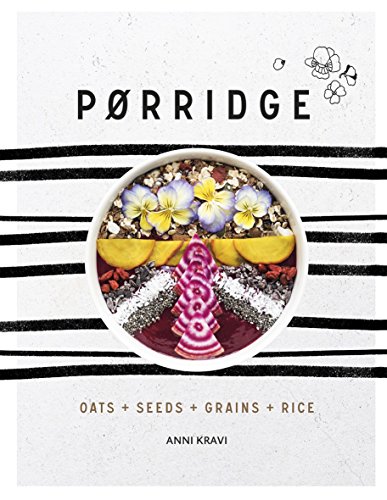 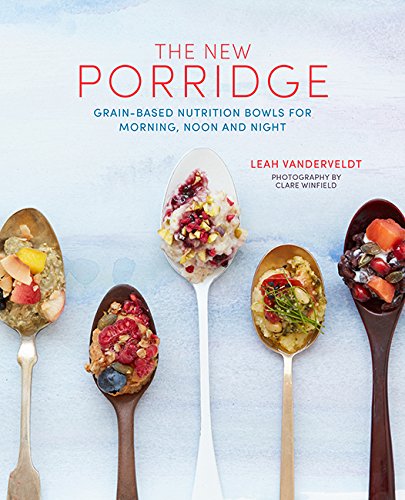 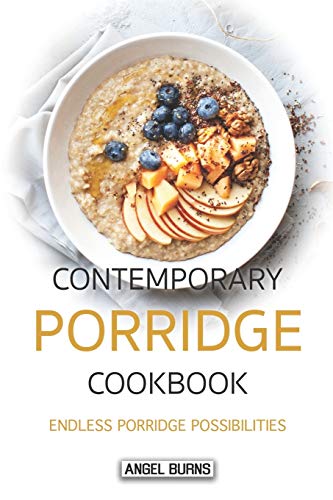 5 thoughts on “Have You Tried Savoury Porridge? Here’s 10 Delicious Ideas to Start Your Day”