Are you reconsidering your pasta choices? Have you tried courgetti, dabbled with black bean pasta and still not found your perfect spaghetti alternative – then why not take a look at spelt pasta.

Yes, it still has carbs in it, but the theory is that they are carbs your body might like a little bit more than those you find in more modern, refined carbohydrates.

Here’s the case for spelt pasta vs regular pasta to help you decide if it’s right for you.

Spelt is a type of wheat. But the reason it’s become more popular among the healthy set is that it’s claimed that it’s biological profile is more similar to that of wheat grown in days of old.

Spelt has actually been grown since around 5000BC and has been eaten in Europe for over 300 years however it fell out of favour and now most of the wheat-based foods we consume are made from what’s known as bread wheat (guess what that makes?) and durum wheat, which is the wheat used in regular pasta – both the brown and white varieties.

Why is Spelt Said to Be Better for Us

One of the theories as to why so many of us have problems digesting wheat, and products made from it like bread and pasta, is that today’s wheat has been messed about with so much now that proteins and other elements of it bear no resemblance to those our ancestors ate.

The fact that it is therefore relatively ‘new’ to our digestive system is why some people find it so hard to digest and why we get issues like bloating etc from it.

Now. this is a lovely theory, but I admit, that the science doesn’t exactly back it up.

In fact, when some UK researchers decided to examine the exact makeup of ancient wheats vs modern wheats they found very little difference between them – and they actually stated “These reported analyses do not support the suggestion that ancient wheats are generally more “healthy” than modern wheats.”

There is however an interesting line in the study that might explain why science shows one thing and thousands of people’s stomachs say something else.

While the study looked at most of the differences between ancient wheat and modern wheat, the researchers say they didn’t extensively look at ingredients called fructans in both groups because they didn’t have enough evidence to base a theory on – but they did say one study HAD found a big difference in fructan content between spelt and durum wheat.

FODMAPs are being shown as a very common cause of bloating, cramping and IBS symptoms in people.

At this point, I was intrigued and so I went and checked things out with the gurus of all things FODMAP – the team at Monash University in Australia – and sure enough, there is a FODMAP -related difference in spelt flour vs regular flour.

This means that people eating bread made from spelt might be able to tolerate it better than bread made from refined wheat – particularly if they also choose bread made with fermented dough – like sourdough spelt – which further reduces levels of the sugars.

The news, however, is NOT quite so definitive for spelt pasta. The Monash team found that a cup-sized portion of spelt pasta still contained enough oligosaccharides to tip it into high FODMAP territory.

This doesn’t mean it won’t help you – people can react to different types of FODMAPs; also, the team found portion size matters and they say a smaller half-cup portion of spelt pasta should probably be tolerable for most people.

If you’re confused, I don’t blame you. FODMAPs are confusing and this is a very simple precis of a complicated subject. If you want the more thorough version, read the actual discussion here.  but in summary, spelt contains different types of sugar than other types of wheat – and this might be why some people who can’t eat normal pasta can eat spelt.

NB: If this is the first you’re ever hearing of FODMAPs but suffer IBS type symptoms after eating certain foods (but can’t work out what or why) you might want to start with this primer – you could find it changes everything.

Okay, we took a bit of a detour there, but it was an important one but, we’re back on track now… other than potential stomach annoyers, are there any nutritional differences between spelt pasta vs regular pasta that might mean you want to reach for it.

Protein – spelt pasta has 6g, so does regular pasta.

So, nutritionally they are pretty much similar.

I admit at the start of this experiment this was one area I was expecting regular pasta to win the battle.

I was expecting the spelt pasta to go through the same turgid cooking trauma you get from other healthy alternatives like brown pasta or wild rice.

You know that thing where you poke it for 20 odd minutes and it’s still rock hard so I was very surprised to see a 4-5 minute cooking time on the back of the pack.

And yes, it really was that fast – and that meant I could whip up my fake ‘Quark’ Carbonara in about 10 minutes – now that’s fast food.

Some wholewheat spelt pastas take a little longer to cook than the magic 4-5 minutes so if the cooking time is the big selling point for you, check the labels. Farro and VitaSpelt both say they cook quickly.

It’s often described as nuttier than regular pasta, but I couldn’t tell any noticeable difference between it and normal pasta.

Cost. Spelt pasta is not cheap. In fact, it’s about 10 times more expensive than normal pasta.

It has however saved me money in other ways. Because it does cook so quickly, I have found myself resorting less to takeaways on nights when I’m late home.

With that and a pot of pasta sauce, I can have dinner on the table in less than 10 minutes which means I’m less likely to grab food on the train on my way home.

Twice now I’ve forgone the delights of the station sandwich sellers and waited until I got in to cook.

Yes, it might be a different form of wheat but it is still wheat and as such spelt does contain gluten just like regular pasta. It’s therefore not suitable for anyone with coeliac disease or who is on a gluten-free diet.

Is Spelt Pasta the same as Wholewheat Pasta?

They look similar because some spelt pasta is brown – but wholewheat pasta, aka brown pasta, is that colour because the wheat used to make it is not refined. It keeps its outer hull. This gives it the darker colour and longer cooking time from normal pasta – but also is why it’s healthier, the hull contains most of the nutrients.

Where to Buy Spelt Pasta

It’s now pretty mainstream and you’ll find it in most of the major supermarkets whatever country you’re in.

If you’d prefer to order it to be delivered at home, check out the Biona brand which sells on amazon. They offer a huge selection of different types and shapes.

Other Ways to Use Spelt

If you like the sound of using spelt for more than just pasta – after all it comes in the form of bread, crackers, flour and more – you might want to check out this book by spelt farmer Roger Saul who explains how to use it in a number of different ways. Click here to check it out.Spelt: Meals, Cakes, Cookies & Breads from the Good Grain 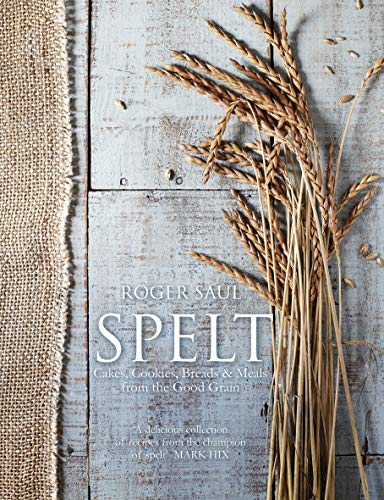 If you’re looking for alternatives to more processed carbohydrates, have a look at our post on teff– a naturally gluten-free grain you might want to try.

1 thought on “Spelt Pasta Vs Regular Pasta: Is it Healthier? Should You Make the Swap?”